There is a mathematical error in the algorithm used in the New York Times “President Prediction Model” (“2016 Election Forecast: Who Will Be President?“).

The model is based on voting history for each state and hundreds of state and national polls. The model then extrapolates the probability that a candidate will acquire sufficient Electoral College votes to win the election and become President of the United States.

These factors have statistical significance. I am not being political – for me it is all about the math 🙂 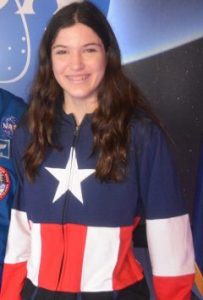 I am a Freshman at Bishop Eustace Preparatory School. This Column Explores Math and Science in the real world.